Bob Brown was born in New York and now resides at the northern edge of the
scenic and majestic Rocky Mountains in Fort Collins, Colorado.  He received a
B.F.A. degree from the University of Denver.  Bob has lived in Spain, South Africa, Indonesia and Switzerland.  He has traveled widely throughout Europe and Asia.

Since 1989, Bob Brown's paintings have been exhibited in numerous solo and
group exhibitions in galleries and public spaces in the United States, France and
Monte Carlo, Monaco.

Bob has worked closely with corporate art consultants and designers for over
nine years. 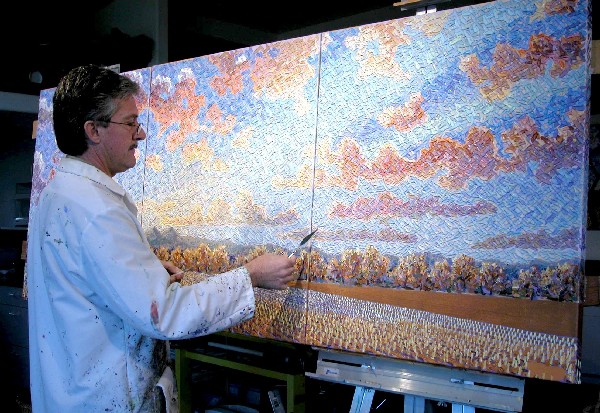 For more information on diptychs and triptychs, click "Diptychs & Triptychs" on the main menu.